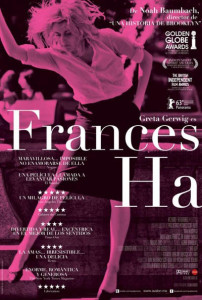 Noah Baumbach, Director of Frances Ha, has been nominated for several awards including the British Independent Film Award, the Independent Spirit Award 2014 and, perhaps most importantly, the Casting Society of America, USA, Artios award for Outstanding Achievement in Casting. Greta Gerwig’s performance garnered a 2014 Golden Globe nomination for Best Performance By An Actress In A Motion Picture-Musical Or Comedy. Special thanks to Oscar Boyson and Noah Baumbach for trusting us with this project.